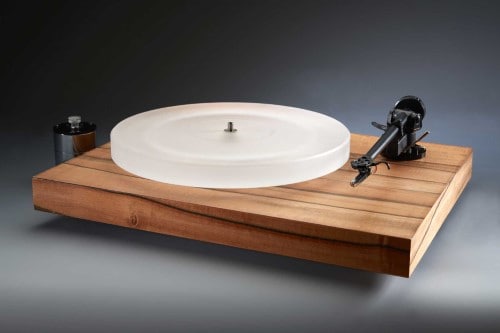 With the SCHEU Cello Classic Line, we wanted to take a step back in time, to that most classical form: a rectangular record player. All three models have a resonance-optimised turntable chassis in a layered structure. Multiple layers of wood and special absorption materials are glued together and veneered with real wood (tineo). 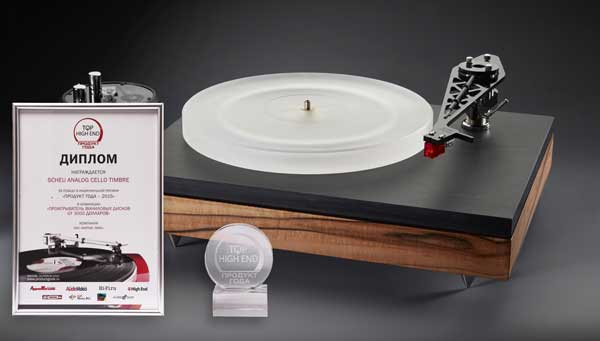 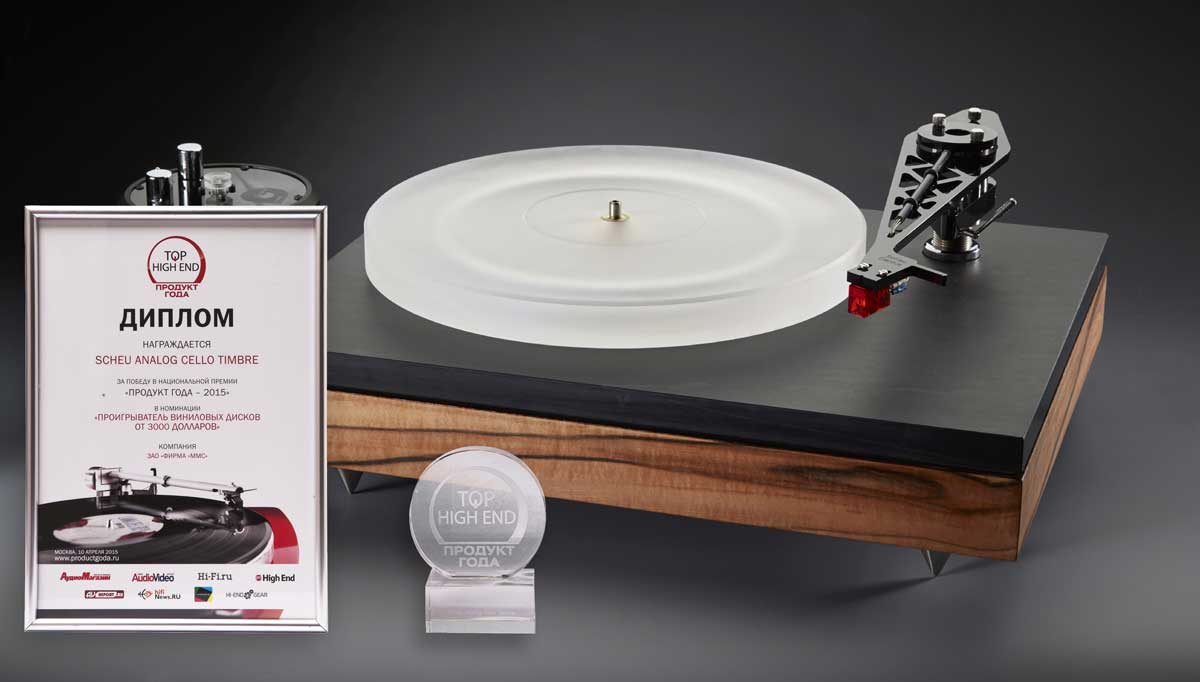 The SCHEU Cello Classic Line Timbre was awarded `Product of The Year´ by the Cinema Awards 2015 in Russia.
award website, it’s russian, but you may applaud in jolly old English